If you've tried exercise and diet programs before and failed, or if you've tried several programs and just can't seem to stick with it, we're here for you. We want you to know that you're not alone, and it's not your fault. Our proven system is designed to work on your absolute worst days, not just your best days.

At TASH Wellness we encourage balanced eating incorporating all food groups. We believe in fueling the body with the appropriate amount of calories and macronutrients and don’t believe that one nutrition plan works for everyone. We do not promote supplements or products, but when needed, we offer medical/pharmaceutical grade supplements. There are several Programs you can choose from to learn The TASH Wellness way of Nutrition and Healthy Eating. 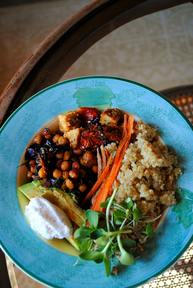 According to an independent study conducted in Great Britain, Australia and Germany, overweight people who were referred to Weight Watchers by their doctors reduced twice as much fat as those who received standard dieting and exercise advice from their physicians.

Researchers, enthusiastic about the study's results and the potential for replicating the methods used, deduced that an important factor was the support and influence of a group as opposed to “trying to go it alone.”

At TASH, we offer FRAG - which is our weekly accountability group

"When it comes to privacy and accountability, people always demand the former for themselves and the latter for everyone else."-David Brin

We all need to be accountable for ourselves and to someone else if we want to achieve a goal. The top 10% of individuals have someone in their life that holds them accountable. Research shows that when someone has an accountability partner in fitness, they are 3 times more likely to achieve their goals than those people that go it alone. At Tash Wellness, we are providing you with an accountability partner and an ambassador to help you on your journey with us.

If you want, you will be assigned an accountability partner and ambassador as part of your membership at TASH Wellness. This member will be in contact with you weekly to help you achieve your behavior goals and answer any questions you may have about being a member at TASH.

As discussed in the nutrition section - TASH Wellness is very proud of the Weekly FRAG we offer our members. We believe in a mind/body/spirit balance to life. If one of the 10 areas of your life is not in balance, it is important to work to bring that balance to your life. Every Wednesday night, we offer an online group discussion where our FRAG members can ask questions, and get their questions answered by their fellow members and one of our team members. If you are having difficulty on your journey, most likely one of our members or team members have had the same issue. This is a great way to ask questions and get support from like-minded women and men.

“There’s no better feeling than putting on a pair of pants that you couldn’t fit into before. It’s a joy that’s hard to replicate. We want to make sure that we keep the feeling of happiness, and you can’t do that if you base your success on scale weight. That’s why we believe body composition is so important. Don’t go into a program to improve your health depending on scale weight. alone. Dump the scale and work on a health program that builds muscle and takes off the fat.” -Sharan

WHAT IS BODY COMPOSITION?

A body composition test is an attempt to separate every pound of your body into one of two categories: your fat mass and everything else.

What isn’t fat mass is considered “lean body mass” which consists of your bones, muscles, hair, water, and miscellaneous stuff.

NOT ALL POUNDS ARE THE SAME

Overweight means an excess of total body weight based on population averages for heights and body frame sizes. Athletes and very muscular people may be overweight, but that does not mean they are over fat. Obesity means an excess of body fat regardless of weight which is a label that can be challenging on your journey to health. 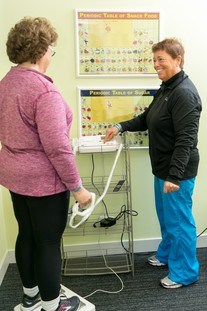 WHY GET A SCAN? 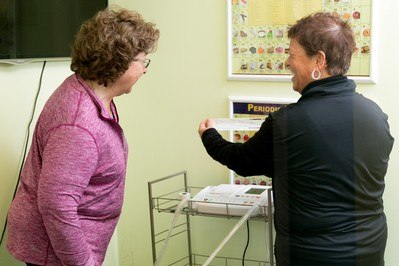 PROVEN STRATEGIES WE USE:

"It is frustrating for those who are trying to reduce their weight and measure their success against the BMI or scale weight. The scale number will go up, but it doesn’t tell you if it is muscle or fat. Remember, muscle is 20% heavier than fat.” -Sharan

Learn how TASH can help you find the best version of you possible! 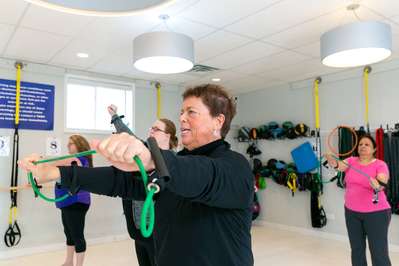 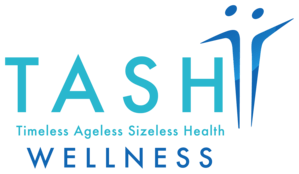